The Power of Coaching – Conference Report

Leadenhall Consulting Limited was registered ten years ago in October 2011 and formally launched as a business in November 2011. We have always prided ourselves on holding regular events to keep our clients up to date on interesting topics and to share our thinking on key issues.

We held our first annual conference ‘The People Premium’ in May 2013.

Over the years we have enjoyed contributions at our annual conferences from Peter Cheese, CEO, CIPD, Dennis Hone, CEO, London Legacy Corporation, Simon Fraser, Chair of the Investor Forum and many others.

This year’s conference was a bit different. We had to postpone our conference from 2020 due to the pandemic but were keen to hold one in 2021. We decided that the conference had to be ‘hybrid’ and so we (and our sponsors Mayer Brown who hosted the event in their offices) had the challenge of managing the technology for an in-person and virtual conference.

We decided that we would focus our conference on the massive transformation that is occurring in the world of coaching in so many dimensions.

Professor Adrian Furnham opened the conference with the question of does coaching work and how do people choose a coach based on research that he has conducted in the past (into other professions) and current research he is undertaking into coaches specifically. He talked about the active ingredients in coaching being:

Liz Codd shared her thoughts on coaching women and shared the model that the Leadenhall coaching team developed for their work with women leaders. She talked about some of the organisational approaches taken by organisations to support women leaders but emphasised the importance of taking an individual approach, one woman at a time. Coaching provided very effective solution because the key topic areas were frequently focused around formative and unique experiences of each woman. 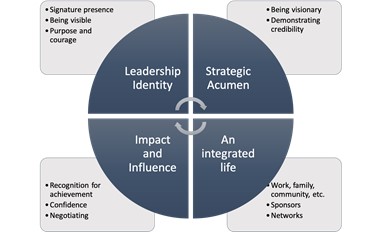 Click here for more information on our Women in Leadership Programme:

Chris Woodman shared his observations on the development of coaching technology and particularly coaching platforms. He highlighted the impact that these platforms would have on the delivery of coaching and increasing access to coaching for a wider population, the ‘democratisation’ of coaching. Online coaching changed the geographical question: do you have a coach in Dusseldorf, or Birmingham or Rome? No, we have a great German coach in Frankfurt or Zurich who can coach via a platform. He emphasised that coaching platforms, for all their technological capability were only as good as the coaches on the platform and many platforms were only offering short coaching sessions. He shared information on Coaching on Demand which was focused on Executive Coaching and offered more tailored solutions.

Claire Ladwa, UK HR Director for Convex Insurance gave a fascinating insight into a very modern and forward-thinking firm. She shared their ‘ways of working’, their people vision and their approach to performance. Performance insight. Performance Insight is Convex’s approach to managing performance. it is based on a strong feedback culture with continuous conversations across the entire organisation and is enabled by a system, ‘Intuo’. She talked about the role that Coaching played in the organisation at all levels including women returners, senior leaders and the provision of a learning wallet (employees having their own budget to invest in their development) which was being used to invest in coaching provided by Leadenhall.

Andrea Yang provides internal coaching support to the sponsor for the conference, Mayer Brown. She made a very convincing case for the provision of internal coaching with support provided for new employees integrating into the firm, career reflection, improving leadership skills and manager difficult conversations and work relationships. She provided individual and group coaching and liaised with external coaching providers. She believed that the coaching provided by the firm attracted, retained and supported talent within the firm.

The Diversity and Inclusion in Coaching panel provided a fascinating session. The session was hosted by Jan Baptiste Grant (one of the first black women to become a Director in Nursing in the NHS) and included Edson Hato, Viraj Yadav and Meena Amand all experienced coaches. The session explored such topics as ‘whether coachees select coaches that are the same gender, ethnicity and sexuality’, ‘how diversity and inclusion show ups in coaching conversations?’ and ‘how do coaches make conversations around D&I safe, comfortable and sensitive – and potentially challenging?’.

What works in Executive Coaching

Professor Erik de Haan gave a fascinating talk on the evidence that coaching works based on the research he undertook for his recent book ‘What Works in Executive Coaching’ (Routledge). He gave insights into the research methodologies used in coaching and the practical issues around control groups and ensuring it is clear what is being measured. He indicated that there was evidence that coaching was effective, there was also a placebo effect, and there were active ingredients in respect of Resilience, Relationship, Conscientiousness and Openness in the coachee. Whilst the relationship between the coach and coachee was important there was no evidence in respect of different demographic or difference for different coaching techniques. Erik outlined the objective improvements identified by various studies (efficiencies, savings, competency improvements, effectiveness improvements etc) and subjective improvements with reductions in anxiety and neuroticism and increases in conscientiousness and prudence measured and self-reported increases in commitment and goal achievement, hope, self-motivation, well-being, resilience, and stress.

An extremely entertaining, insightful morning was completed by an opportunity to network over a lovely lunch provided by our good friends at MayerBrown LLP.

The Power of Coaching – Conference 2021. It was an amazing day at Mayer Brown LLP for our 10th Anniversary Conference. The speakers were absolutely fantastic and we are incredibly gratefully for their time and contribution: Prof Adrian Furnham, Liz Codd, Claire Ladwa , Jan Baptiste-Grant, Meena Anand, Viraj Yadav, Edson Hato, Prof Erik de Haan, Andrea Yang.
A big thank you to Christopher Fisher and Sophie Welfare at Mayer Brown for their kind support with hosting and streaming the conference.

If you would like any further information on the conference, the topics or speakers, please don’t hesitate to get in contact.